The Other – How the Minority Deceived the Majority 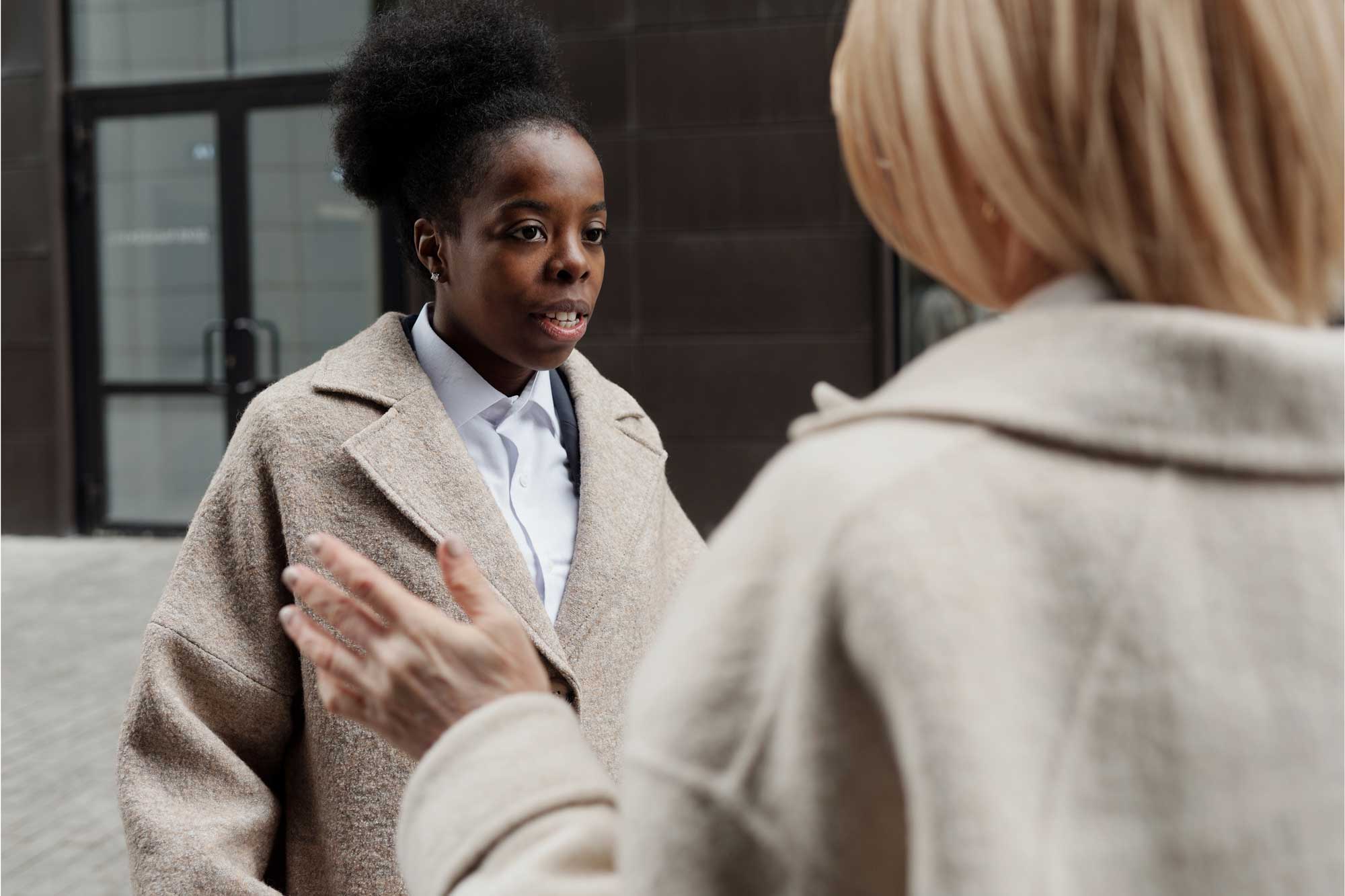 We are made of hybridity; of stories of migrations, of rebellious rivers that flow, then embrace seas.

Our languages are heterogeneous, we sing them between continents, defying the geometries of our differences.

We are not the same. And, if we were, life would be very flat.

On the other hand, there are relationships of domination that feed on these differences and should not be overlooked. Words such as sexism, racism, and ableism, invented by the same languages that know how to bring people together, take on realities that explain the exclusion of those who are in a minority position. We proceed to a hierarchy of attributes, both physical and mental, which builds, in my opinion, what is most dangerous in the development of a person.

And the most vicious thing is that these attributes do not need to be negative in order to build the other. As Tessa Mcwhatt brilliantly states in Shame on me:

«When we persist in perceiving other bodies as extraordinary, we make them, again and again, bodies of others » (Mcwhatt, 2021).

We can construct an “other” from the moment we allow the “out of the ordinary” to seep in. We materialize foreign bodies through concepts such as fetishization, exoticization, objectification. Concepts which have in common the expression of the otherness. The “other” who is not part of the majority group, who can be adulated, as repulsed, observed from external glasses, as frozen in the panopticon of a laboratory.

For example, the bodies of Black people are often represented in the dominant social imaginary, as vigorous, athletic, built, resilient bodies. Traits that are uplifting, even positive, but also imply that these are bodies that are capable of overcoming. Therefore, is this not an opening to an overexploitation of the latter?

In her dissertation on the experiences of Quebec women who are subjected to anti-Asian racism, Julie Quynh Nhi Tran brilliantly explains how certain stereotypes attributed to people from Asian communities, although presented as “positive”, are just as detrimental to these communities.

This is the case of the “model minority” stereotype.

Indeed, by perpetuating the image of this hard-working, docile, intelligent, respectful minority, Tran exposes the work of several researchers who denounce the problematic around this stereotype that ultimately oppresses. Because by instrumentalizing the successes in an excessive way of the Asiań community, this stereotype erases, and renderes invisible, the issues within this community. One can think here of povertý, racism, housing, employment, sexualitý, language barrier, and intra-family conflicts.

Thus, in my opinion, the problem does not lie at the trough of our differences, but rather at this threat that the not only different, but extraordinary “other” would manage to do if they reclaimed all facets of their identity. If the “others” were no longer circumscribed to a few reductive adjectives that subsequently forced the internalization of certain traits at the expense of others, would they continue to be a minority?

If, finally, the others were represented as they really are. That is, in their entirety, authenticity without being objectified. What would happen to the majority?

Fatima Terhini describes herself as an artivist primarily concerned with feminist, anti-racist and decolonial issues. Her degree in psychosociology and her experience in community work attest to her insatiable curiosity and love for humans, living beings and of course social issues. Her texts are above all influenced and imprinted by the stories told and lived by the incredible women who preceded her.

Capacitism: Capacitism refers to societal attitudes that devalue and limit the potential of people living with a disability (Wikipedia)

Exoticization: [Traduction of the original defintion by the author] Exoticization can be defined by a change of context by which, the exoticized object is made available (from distant it becomes close) and which builds its strangeness (Staszak, 2008)

Fetishization: To attribute to someone or something an existence or a quasi-magical power, to respect them in an excessive way (Dictionary, Le Robert)

Instrumentalization: To consider (sb., sth.) as an instrument, to consider the utilitarian aspect (Dictionary, Le Robert)

Internalization: [Traduction of the original defintion by the author] In sociology and other social sciences, internalization is defined by the acceptance by an individual of a set of norms and values (established by others) through socialization. Internalized norms are said to be part of an individual’s personality and can be manifested through his or her moral actions. Via: ( doi: https://supportivy.com/quelle-est-la-signification-de-linteriorisation/)

Objectification: In social philosophy, objectification is the act of treating a person, or sometimes an animal, as an object or thing. (Wikipedia)

Otherness: Character of what is other (Larousse dictionary)

Relationships of domination: [Traduction of the original defintion by the author]The product of an incessant work of reproduction to which the different agents in a dominant position contribute […] The dominant ones according to social groups, ethnicities, sexes, impose their values on the dominated ones (Fournier, 2006)

Sexism: Sexism is discrimination based on a person’s sex, or, by extension, gender. Sexism is related to prejudice and the concept of stereotype and gender role, which can include the belief that one sex or gender is inherently superior to the other (Wikipedia)

Maynard, A. (2018). Policing Black Bodies: How Black Lives Are Surveilled and How to Work for Change (translated by Catherine Égo). Mémoire d’encrier.